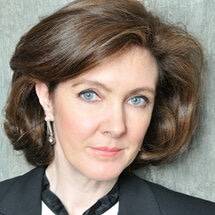 For over 25 years Anne-Marie McDermott has played concertos, recitals, and chamber music in hundreds of cities throughout the United States, Europe, and Asia. In addition to performing, she also serves as artistic director of the Bravo! Vail Music and Ocean Reef Music Festivals, as well as curator for Chamber Music for the Mainly Mozart Festival in San Diego. The breadth of Ms. McDermott’s repertoire reaches from Bach, Haydn, and Beethoven to Rachmaninov, Prokofiev, and Scriabin, to works by today’s most influential composers. Ms. McDermott has recorded the complete Prokofiev Piano Sonatas, Bach’s English Suites and Partitas (Editor’s Choice, Gramophone Magazine), solo works by Chopin, and Gershwin’s Complete Works for Piano and Orchestra with the Dallas Symphony (also Editor’s Choice, Gramophone Magazine). In 2013, she released a disc of Mozart concertos with the Calder Quartet (“exceptional on every count.”—Gramophone). She recently released the first CD in a series of Mozart Concertos with the Odense Symphony Orchestra. She will also be releasing two more volumes of Mozart Concertos this season as well as the Poul Ruders Piano Concerto. She is also in the midst of recording the complete Haydn Piano Sonatas.

In recent years, Ms. McDermott participated in the New Century Chamber Orchestra’s Silver Jubilee All-Gershwin Program and embarked on a cycle of Beethoven concertos at Santa Fe Pro Musica. She also premiered and recorded a new concerto by Poul Ruders with the Vancouver Symphony, alongside Rachmaninov’s Paganini Variations, and returned to play Gershwin with the New York Philharmonic at the Bravo! Vail Festival. Ms. McDermott has also performed the Mozart Concerto, K. 595 with The Philadelphia Orchestra led by Donald Runnicles, the Bach D-Minor concerto with members of The Philadelphia Orchestra and Bach’s Brandenburg Concerto No. 5 with the New York City-based Le Train Bleu. In 2012, Ms. McDermott performed Tchaikovsky’s Piano Concerto No. 2 with the New York Philharmonic conducted by Bramwell Tovey. She also did a west coast tour with award-winning violinist Nadja Salerno-Sonnenberg and the New Century Chamber Orchestra; the complete Beethoven piano trios with Ida Kavafian and Peter Wiley; and the complete Beethoven cello sonatas with Lynn Harrell. Other recent international highlights include a performance of Schumann’s Piano Concerto with the Sao Paulo Symphony at the Cartagena Festival and an all-Haydn recital tour of China. Ms. McDermott gave special performances of works by Charles Wuorinen in New York and at the Phillips Collection in Washington, D.C., in celebration of the composer’s 75th birthday. His last piano sonata, which she has recorded, was written for her and premiered at New York’s Town Hall.

She is a longtime member of the Chamber Music Society of Lincoln Center, with whom she performs and tours extensively each season. With CMS she has performed the complete Prokofiev piano sonatas and chamber music, as well as a three-concert series of chamber music by Shostakovich. Ms. McDermott enjoys touring as a member of OPUS ONE, a chamber group with Ida Kavafian, Steven Tenenbom, and Peter Wiley. Together they have commissioned over 15 new works. She also tours annually with violinist Nadja Salerno-Sonnenberg and performs as part of a trio with sisters Kerry and Maureen McDermott. She studied at the Manhattan School of Music and was winner of the Mortimer Levitt Career Development Award for Women, the Young Concert Artists auditions, and an Avery Fisher Career Grant. Anne-Marie McDermott lives in New York City with her husband, Michael, and her Maltese, Lola.