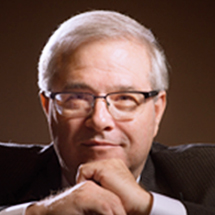 Born in Israel, Asaf Zohar is one of the most sought after Israeli pianists and pedagogues.

Asaf Zohar is a graduate of the Givatayim Conservatory and the Tel Aviv University’s Rubin Academy of Music (currently known as the Buchmann-Mehta School of Music). He received his Doctoral degree fromthe Indiana University School of Music, where he has also been a visiting lecturer.

Asaf Zohar has been awarded prizes in Israel and in international competitions in Pretoria, Sydney and Vienna, as well as the Robert Casadesus Competition in Cleveland.

He has performed with all the leading Israeli orchestras including the Israel Philharmonic Orchestra under the batons of Zubin Mehta, Gary Bertini, David Robertson, Mendi Rodan, Noam Sheriff, David Shalon, Jan Pascal Tortelier, Urs Schneider and others.

Asaf Zohar appeared in numerous recitals in Israel as well as on Israeli Radio and TV. Abroad, Zohar has performed concerts and recitals in the United States, Austria, Germany, France, Great Britain, Spain, Italy Russia, Georgia, India, South Africa, Australia Japan and China. He is frequently invited as a guest teacher to give master classes in music schools throughout the United States.

Asaf Zohar teaches as Professor of Piano at the Buchmann-Mehta School of Music at Tel-Aviv University, where he is the chairman of the piano department. He has also taught at the Jerusalem Academy of Music and Dance, where he has served as Chairman of the Keyboard Department and Dean of the Faculty of Performing Arts for ten executive years. In addition, Zohar teaches at the Givatayim Conservatory, the Jerusalem Music Center and the Tel-Hai Summer Piano Festival in the south of Israel.

In recent years, Asaf Zohar has edited, lectured and performed in a series of lectured concerts in Israel presenting Beethoven’s Piano Sonatas, Mozart’s Concerti, and the piano works of Chopin, Brahms Schubert and Schumann, among others.