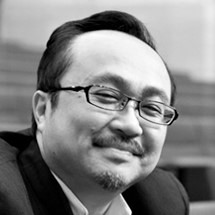 Dang Thai Son was propelled to the forefront of the musical world in October 1980, when he was awarded the First Prize and Gold Medal at the Xth International Chopin Piano Competition in Warsaw, Poland. It was also the first time that a top international competition was won by an Asian pianist.

He began piano studies with his mother in Hanoi, later at the Moscow State Tchaikovsky Conservatory  with V. Natanson and D. Bashkirov.

Other career highlights include a New Year's Day concert (1995) with Yo Yo Ma, Seiji Ozawa, Kathleen Battle, and the late Mstislav Rostropovich, in a major international event produced by the Japanese Broadcasting Corporation NHK; on Chopin's 200th Birthday, March 1st, 2010, he played at the Gala Concert in Warsaw. During the 2012-2013 season, Dang Thai Son toured around the world with all five Beethoven's piano concertos.

His recent release, selected as “La clef du mois” (Disc of the Month) by ResMusica (France,) devotes to Paderewski's compositions which includes the Piano Concerto in a minor and a selection of Paderewski's solo works. The Piano Concerto on this CD was recorded live in 2015 with the Philharmonia Orchestra under the baton of Vladimir Ashkenazy.

In September of 2018, Dang Thai Son received the Gold Medal “Merit to Culture” from the Ministry of Culture of Poland. This is the highest level of distinction awarded to people for their distinguished contributions to Polish culture and national heritage.

Dang Thai Son’s recording of Chopin’s Nocturnes was selected by Deutsche Grammophon, in partnership with The Frederyk Chopin Institute, for its special edition of “Chopin on period instruments” album.