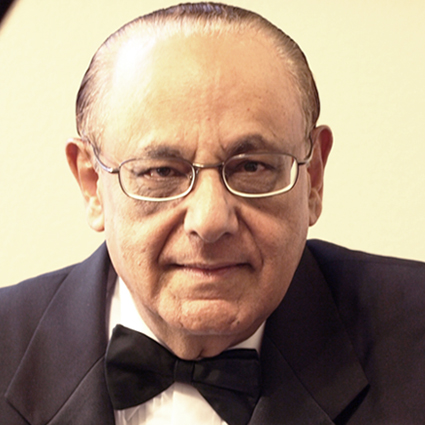 In 1975, Queen Juliana of the Netherlands appointed him as a Knight in the Order of Orange-Nassau for his outstanding contribution to music. In 1990, the National Committee of Honorary Membership of Sigma Alpha Iota, an international fraternity of music, selected Harold Martina as a National Arts Associate.

His concerto repertoire consists of over 50 compositions. In Bogotá, Colombia, he performed an anthology of piano concerti with works by 13 composers, ranging from Bach to Shostakovich, in a period of two months. He has also performed the cycle of all Beethoven piano concerti on several occasions.

Harold Martina has performed in Europe, the United States of America, Latin America, Israel and Japan with extraordinary acclaim by both audiences and critics. Mr.Martina has performed at the Lincoln Center in New York, and at the Kennedy Center for the Performing Arts in Washington, D.C. In 1993, he ended a tour in Belgium and Holland with a recital in the Great Hall of the Concertgebouw in Amsterdam in the presence of Her Majesty Queen Beatrix of the Netherlands. In 2001 College of Fine Arts of the University of Antioquia in Colombia named its music hall "Harold Martina Auditorium". At present he is an Professor of Piano at the School of Music of the Texas Christian University in Fort Worth.