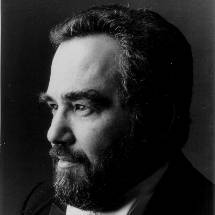 Dr. Jack Winerock, Professor of Piano (Emeritus) at the University of Kansas, received undergraduate and master's degrees at the Juilliard School of Music and a doctorate from the University of Michigan. He was awarded the prestigious Kemper Teaching Award in 2003, and in 2009 he was chosen Teacher of the Year by the National Federation of Music Clubs.

Winerock received Second Prize in the International Bach Competition and made his orchestral debut with the National Symphony Orchestra at the Kennedy Center in Washington, D.C. He has played both at Carnegie Recital Hall and Lincoln Center’s Alice Tully Hall in New York. He has toured Europe, Asia, and South America as well as the United States. In 1986, he gave the first performance of Gershwin's Rhapsody in Blue in the People's Republic of China, and in l990, he was appointed the first U.S. Visiting Professor at the Chopin Academy in Warsaw.

Winerock has achieved national and international acclaim as a performer, teacher, and juror. His students have won prizes in national and international competitions, including the Chopin Competition in Warsaw, the MTNA, the National Federation of Music Clubs, the Kosciuszko Foundation, and the Hilton Head, Cleveland, and Gina Bachauer International Competitions. His students hold important faculty positions in the United States as well as in conservatories in Europe and Asia.