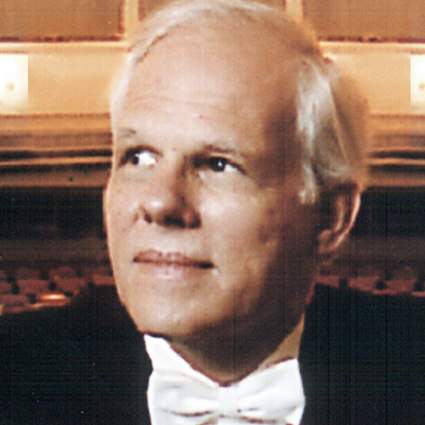 JOHN OWINGS consistently wins enthusiastic praise from audiences and critics for his exciting pianism and sensitive artistry. "Real spiritual elation" was how the London Daily Telegraph described his playing of the Elliott Carter Piano Sonata. The Cleveland Plain Dealer called his playing a "fine blend of technical brilliance with expressivity," and the Houston Post, reviewing his performance of the Ravel G Major Concerto, said, "the audience was spellbound."

Since making his orchestral debut with the San Antonio Symphony at the age of 15, Mr. Owings has appeared as soloist with the symphony orchestras of Cleveland, Chicago, Dallas, Denver, Fort Worth, Houston, the Boston Pops, the English Chamber Orchestra and the National Symphony Orchestras of Colombia and Peru. He has given recitals in major cities in the United States, Latin America, Europe and the Far East and has been a guest artist at numerous music festivals. Among his recent engagements was a recital in Seoul, Korea on the Kumho Art Hall Concert Series. His CD recordings for the Koch International Classics, Opus Millésime and Pro Organo labels (the latter featuring the keyboard works of Julius Reubke) have received outstanding reviews.

Gold medalist of the first Robert Casadesus International Piano Competition in Cleveland, Mr. Owings was also the top prizewinner in the Vianna da Motta International Piano Competition in Lisbon, the London Liszt Society Competition and the Musical Arts Competition in Chicago. He has served on the juries for major international competitions including the Casadesus, the Cleveland, the Gina Bachauer and the Beethoven in Vienna.
Following his early musical training in his native Texas, John Owings studied at the Royal College of Music in London as a Fulbright Scholar. Later, his studies took him to Switzerland, Italy and The Juilliard School, where he received his Master's Degree. His teachers have included Dalies Frantz, Rosina Lhevinne, Martin Canin, Karl Leifheit, Géza Anda and Wilhelm Kempff.

Since 1990, John Owings has been a member of the faculty of Texas Christian University where he holds the Herndon Professorship of Music. In 1993, the University conferred upon him its highest honor - the Chancellor's Award for Distinguished Research and Creative Activity - for his performances of the 32 Beethoven Piano Sonatas. A CD with six of the sonatas from these live performances is available.