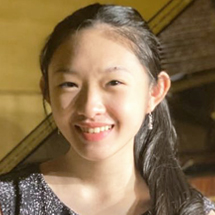 Vanessa started learning music at an early age, beginning with piano and vocal at age three, and later on introduced to violin at age five. During her teenage years, she grew interested in harp and start learning it at thirteen. In piano, Vanessa studied under the guidance of Mrs. Lystia  Christianti, Professor Carmencita Arambulo, and Dr.  Edith Widayani.

Vanessa's musical journey is quite varied. She participated in Suzuki Camps on piano and violin regularly, in both Indonesia and other Asian countries Malaysia, Taiwan and the Philippines. She has also performed with most Indonesian orchestras under the baton of Addie MS, Avip Priatna, ErwinGutawa, and many more. Vanessa is currently a senior in high school.