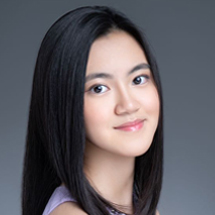 In addition, she won numerous First prizes at Hong Kong Schools Music Festival, including the Junior Exhibitioner Award 2019 where she was invited to perform in the Winners Concert, held in Shatin Town Hall Auditorium. In April 2018, she was invited by IMC Music Company Japan to give her Concerto Debut concert in Tokyo Kyurian Hall with Filharmonia Śląska im Henryka Mikołaja Góreckiego Polish, conducted by Mirosław Blaszczyk, and performed Mozart Concerto No.12 in A major, KV 414. Ruby was always invited to perform and broadcast in RTHK 4 in Hong Kong to share her passion of music with audiences.