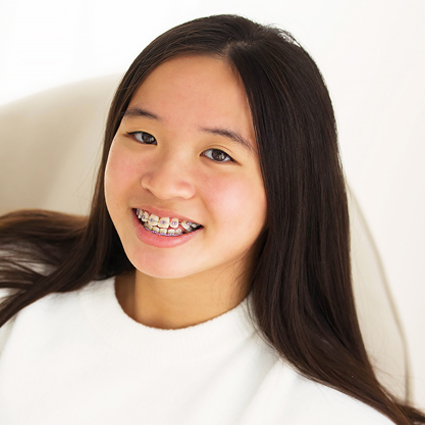 Kaitlyn Ouyang is 12 years old and a 6th grader at The Hockaday School in Dallas, Texas. Kaitlyn began playing the piano with her mother, Melody Ouyang, when she was 4 years old. At age 5, she started taking lessons with Ms. Vita Zharkova at the Music Institute of North Texas. Since 2016, she has continued her training under Dr. Cathy Lysinger, Professor of Piano Performance and Pedagogy at Southern Methodist University. Kaitlyn has been a prize winner at numerous competitions in the local, national, and international levels. When she was 4 years old and in Kindergarten, she took First Place at the Plano Trophy Competition Fourth Grade Division. She has been awarded First Place in Dallas Piano Solo, Frisco Trophy Competition, DMTA Symphonic Festival, Sonatina and Sonata Competition at Texas A&M, and Carmel International Piano Competition. At age 5, she placed first in the American Protege International Competition, and was invited to perform at Weill Recital Hall at Carnegie Hall in New York City. She was interviewed by the Dallas Morning News and was featured on the cover of the newspaper. At age 7, she placed First at the Texas Chopin Society's Sonata and Sonatina Competition and was once again invited to perform at Carnegie Hall. Recently, she placed First at Ensemble75's Concerto Competition and was prize winner for both Solo and Concerto divisions at the Carmel International Piano Competition. For three years, she was selected to be part of the Van Cliburn's Education Program--"The American Hero," and was part of the performances at the Bass Performance Hall to over five thousand students in the Fort Worth area. Besides playing the piano, Kaitlyn enjoys reading, playing water polo, and traveling with her family. She is an avid debater and has received awards as a speaker. She has been recently chosen as part of her debate league’s All-team and will be competing in Middle School Nationals for speech and debate. She hopes to become a Supreme Court Justice in the future!