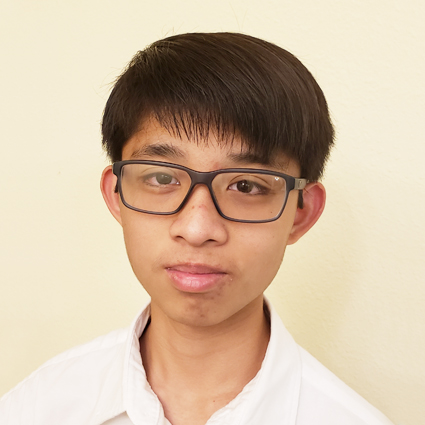 Born in Tampa Florida, Vincent Pham, age 13, attends Walker IB Middle School. He has many passions, but his love for music and playing piano stands out above all. Vincent started piano lessons at the age of four and studied with Vladimir Khokhlov from the of age 6 to 11. Since 2019, he studies piano with Rebecca Penneys and has begun theory lessons with Matthew Kennedy. At a very early age, Vincent took part in many festivals, competitions, master classes, and received many awards. His achievements include first place at Florida Federation of Music Clubs Concerto Competition in 2017, 2018, 2019; FFMC Solo in 2016, 2019, FFMC Duet in 2018, and FFMC Duo in 2018, 2019. He also won the Florida State Music Teachers Association District Concerto Competition in 2017, 2019, 2020, and 2021. He was the 1st place winner of the final FSMTA Concerto Competition in 2019. The state competition was cancelled in 2020 and he advanced to state competition in 2021 with Tchaikovsky Concerto No.1 . He also received second place in American Protégé Competition in 2016, first place in 2017, and first place with Judge Distinction Award in 2018. Vincent was among twenty-four finalists chosen to take part in Virginia Waring Piano International Competition. He was nominated for three performances as a candidate and sole winner for his concerto performance for the Irene Muir Award of FFMC among 1500 other competitors of all ages and all disciplines. As a result, Vincent was selected to perform for the National Federation of Music Clubs Convention in 2019. He was also invited to perform at many venues including three times at Carnegie Recital Hall 2016, 2017, and 2018.