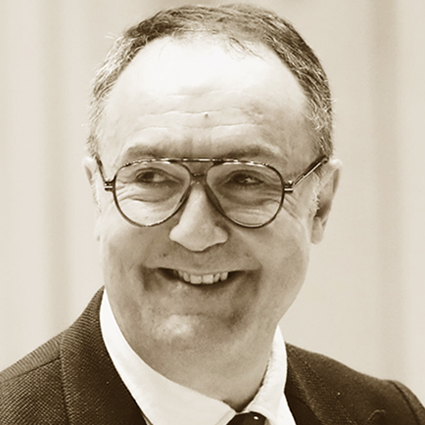 He studied at the Juilliard School with Nadia Reisenberg and Adele Marcus from 1981 to 1984 on a full scholarship (Steinway & Freundlich Fund). Then he continued his studies in Paris with France Clidat and Alexis Weissenberg and started to give concerts and masterclasses in Europe, the United States and Asia.

At the age of 28, his vocation for teaching was recognised by violinist Vladimir Spivakov who invited him to teach and supervise the Masterclasses of the International Festival of Colmar and was the youngest professor, among internationally renowned figures including Dmitri Bashkirov, Pascal Devoyon, Gary Graffman, Vladimir Krainev, Reina Shereshevskaia, Tatiana Zelikman...

Since this experience, he started to be invited to give lectures, Masterclasses, workshops all over the world.

He is also very much in demand as a jury member at International Piano Competitions throughout the world and has been appointed Artistic Director and Chairman of the Jury of the “Concours International de Piano Antoine de Saint-Exupéry” (Saint-Priest/Lyon, France) in 2017.

In 2016, he joined the Royal Birmingham Conservatoire, where he now holds the position of “International Chair” in Piano.

His CD “Entre Ciel et Terre” devoted to Chopin, Prokofiev and Scriabin has been unanimously acclaimed by the press.

Pascal Nemirovski is a Steinway Artist.