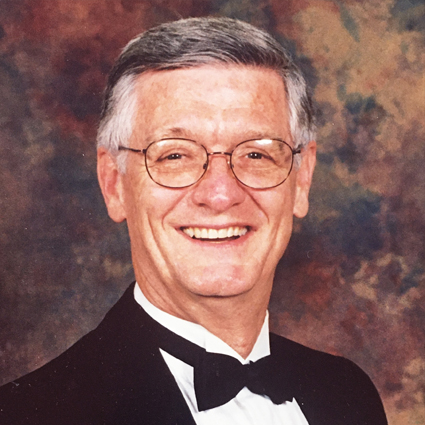 C. Rex Gardner, a native Oklahoman, started his piano training at age 13 and continued through his freshman year at the University of Oklahoma before changing his major to Business Administration. After earning a Master’s degree in Accounting, he worked in Albuquerque, New Mexico, where he was a student for three years of Ralph Berkowitz, former Dean of the Berkshire Music Center at Tanglewood and piano accompanist for renowned cellist Gregor Piatigorsky. Mr. Gardner’s love of the piano was interrupted for 35 years due to a career transfer to several states until his retirement in 1997 in Nashville, Tennessee, where he currently resides. He studied for eight years with Dr. Jerome Reed, Chairman of Piano Department of Lipscomb University, and has been coached by Yakov Kasman, University of Alabama in Birmingham and silver medalist winner of the 10th Van Cliburn Piano Competition. He has attended the Piano Texas International Academy and Festival as a performer or observer for the past 21 years and competed in the fifth Van Cliburn International Competition for Outstanding Amateurs. Rex currently studies with Kristian Klefstad at Belmont University in Nashville. Rex has been married to his wife, Edwina, for 56 years and has a daughter Lynne and son Chris, who are 52 and 50 years old respectively. He also has two granddaughters who are 13 and 11 years old and one great granddaughter, who is 20 months old. He loves to practice piano, enjoys cooking and spending time with his family.