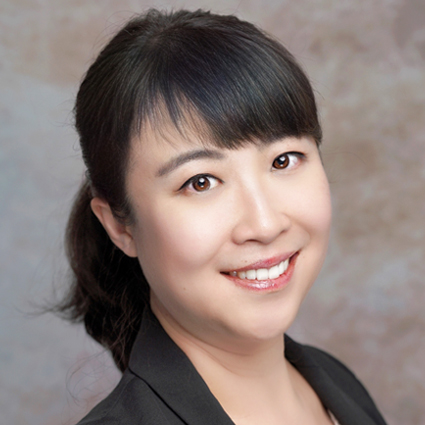 Diana Gao received a bachelor’s degree in international broadcasting journalism with highest honors from the Communication University of China (CUC) and a Graduate Diploma in finance and investment from the Renmin University of China. She worked in China until 2013, when she came to the US and earned her MBA degree from the University of Washington in Seattle. After graduation, she joined Dell as a marketing manager and is now a Senior Marketing Manager at Microsoft, leading cloud economics marketing. Diana began studying piano at age 4 and won the first prize in a provinciallevel piano competition in China at age 5. Three years later, she performed with the Jilin Junior Symphony Orchestra. She has been actively engaged in music since then, including being a piano accompanist and a lead singer of the CUC Chorus – one of the top college choruses in China that has won several international awards. Although Diana has pursued a career outside of music, the piano remains a passion and significant mainstay in her life. She especially finds it rewarding when she inspires others and brings peace, energy, and hope to people’s lives by sharing her music. For years, she has consistently cultivated her passion through regular piano lessons and is currently studying with Dr. Robin McCabe from the University of Washington. Additionally, she actively performs in public concerts, such as the regular recitals hosted by AmateurPianists. In 2020, as a Vice-President-Appointed-Lead of the Microsoft annual charity campaign, she initiated several music and art programs, including two fundraising piano recitals offered by herself, which raised more than $6,000 in support of seven non-for-profit organizations. Those events reinforced her belief that music has the power to inspire change and make the world a better place. In addition to playing the piano, she enjoys singing, swimming, and reading in her spare time.