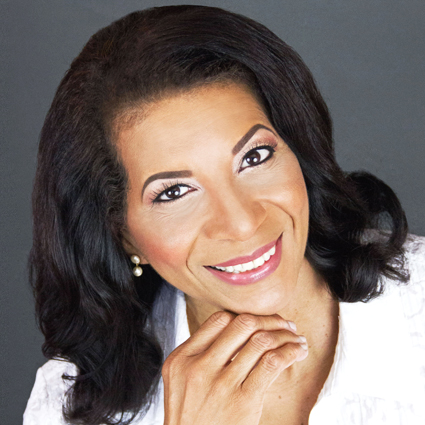 Fredericka King, pianist, made her debut at Carnegie Recital Hall and has performed in the United States, Europe and South America. Recitals have been presented at historic Jordan Hall, the Fogg Art Museum at Harvard University, the Gardner Museum, and in concert as soloist with several New England orchestras. She was the featured artist on television and public radio stations such as WGBH in Boston, WVPR in Vermont, and WGMS in the Washington, D.C. area. As soloist and collaborative artist, Fredericka has performed at Grace Cathedral in San Francisco, the National Gallery of Art, and the Millennium Stage at the Kennedy Center in Washington, D.C. She appeared in numerous programs as soloist and accompanist with the National Spiritual Ensemble, touring throughout the United States, and was a founding member La Femme, La Femme, a group dedicated to the performance of chamber and solo works by women composers In 2017 Fredericka performed as soloist and with a piano trio at the Interharmony Festival in Acqui Terme, Italy. Most recently she performed in recital at the Eagle Hill Institute in Steuben, Maine. Ms. King’s recitals feature works of Classical composers and highlight the works of women, American, and African-American composers, as on her CD A Born Pianist. Additional recordings include one of solo and vocal works by American women titled Hooray for the Ladies! with the group American Classics and a CD of chamber music by the African-English composer Samuel Coleridge-Taylor with the Coleridge Ensemble. She also designed, recorded, and produced the 3 CD set Piano Classics for Young Listeners. Fredericka has studied with Maria Donska, Katja Andy, Maria Clodes, Dr. Harold Martina, Jose Feghali, and performed in Master classes with Stanislav Oudenitch, Yoheved Kaplinsky, John Owings, Eric Tawastjerna, and Barry Douglas. Her academic background includes degrees from Boston Conservatory and New England Conservatory, and doctoral studies at Boston University. She studied at the Mozarteum in Salzburg, Austria and was awarded a Teaching Diploma by the Royal College of Music in London, England, and also Ms. King is Senior Music Historian-in-Residence at Emerson College and a member of the piano faculty at New England Conservatory of Music Preparatory School. For the Conservatory’s Continuing Education Department, she teaches an adult piano class and a History of Western Music course. Ms. King also maintains a private piano studio.