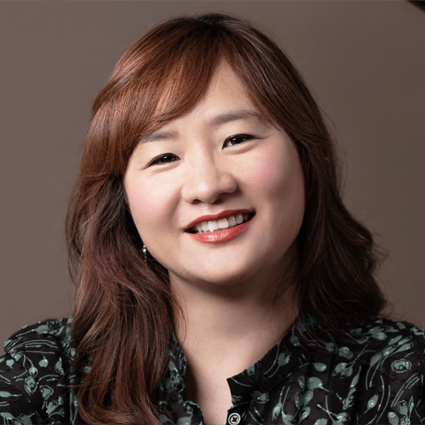 Pianist Jinson Kim has been extensively performing across the globe as a soloist and chamber musician since the launch of her international concertizing career in 1989. Concert venues include the Berliner Philharmonie, Konzerthaus Berlin, Beethovenhalle (Bonn), Tonhalle (Düsseldorf) and Seoul Arts Center. Broadcasting stations in Korea and Germany such as KBS TV, KBS FM, MBC, ZDF, WDR, BR, EBS, Deutsche Welle have produced numerous recordings with Jinson Kim. She was invited to the Pusan-Ibach-Festival (Busan), Beethoven Festival (Bonn), Brahms Memorial (Bonn), Westfälisches Musikfest (Münster) where her entire piano recital with works by Berg, Hindemith, Prokofiew, Brahms and Liszt was broadcasted live by WDR. At the Festival for modern music “Studio 2021” (Seoul), she has played the World and Korean premier of pieces by Lindberg and Maratka. Most recently, she joined Ensemble Resonanz (Ensemble in residence of Elb Philharmonie Hamburg) several times in their concert series “Urban strings” where mostly modern music is played. Amongst many collaborations with different conductors, concerts with Mendelssohn and Tchaikowsky Piano Concerto No. 1 with the Jeju Philharmonic Orchestra under conductor Dong Ho Lee and Beethoven No. 5 with the Pusan Philharmonic Orchestra led by conductor Li Xincao, were most memorable in her career. In her fourteenth year teaching in Higher Education in Korea and Germany amongst other at Seoul National University (SNU) and Academy of Music “Hanns Eisler Berlin”, she has acquired a long track record of success as a teacher. Her students currently study or studied at prestigious music schools such as Rice University, Eastman School of Music, University of Southern California, New England Conservatory, University of Austin, University of North Texas, University of Michigan Ann Arbor, University of the Arts Berlin and Academy of Music in Dresden, Essen, Cologne and Munich. Born in Seoul, Korea, but raised in Germany, Jinson Kim studied piano with Rosemarie Zartner (Bonn), Rainer Becker (University of the Arts [UdK], Berlin) and Hans Leygraf (Mozarteum, Salzburg). After finishing her piano performance studies with distinction, she studied also master music education (UdK) and master musicology (Humboldt University Berlin). Currently, she is doing a PhD in music pedagogy at the University of Music and Arts in Vienna. Since 2018, she is invited as faculty to the Summer String Institute at University of North Texas. Additionally, as a fine example of her interest in musicological research, she was involved in a long-term project at Seoul National University that comprises the translation of the book “Beethovens 32 Klaviersonaten” by Jürgen Uhde to Korean, released in fall 2016.