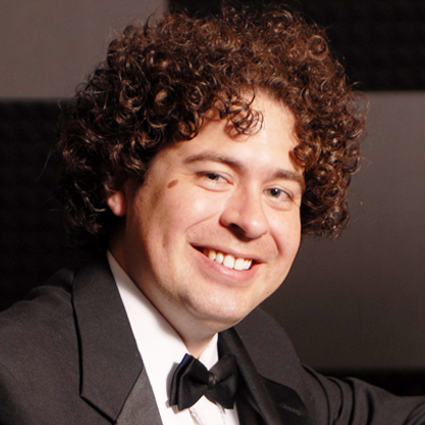 Critics have hailed Michael Schneider as “a pianist with exceptional insight” and a “performer with great panache” in performances across the states and overseas. Michael has performed in such venues as the legendary château of George Sand in Nohant, France, performing an all-Chopin recital as a guest artist in the International Chopin Festival, Carnegie’s Weill Recital Hall as a prizewinner of the Frinna Awerbuch International Piano Competition, the Library of Congress (Washington DC), and the Liszt Museum in Budapest. Other appearances include recitals as a guest artist on the Festival Pianistico “Elvira Calabria” in Italy, the Benno Moiseiwitsch Series at the Music Festival of the Hamptons directed by Lukas Foss, Pianotune Festival in Brussels, the 2nd Hungarian Festival in Cancun, Mexico, and the Paderewski Festival in Paso Robles, CA. With one day’s notice, Michael gave a full-length solo recital in place of the cancelled San Angelo Symphony Concert due to inclement weather. Michael has been a featured artist at both the California Music Teachers Association Annual Conventions (2008, 2009, 2011) and the Texas Music Teachers Association Annual Conventions (2008, 2013) as solo artist, master class teacher, lecturer, and town hall panelist. Michael Schneider made his orchestral debut performing Mozart's Piano Concerto No. 20 with the San Angelo Symphony at the age of eleven and since has performed with numerous orchestras in Poland and around the United States. In 2011, Michael returned to perform Liszt’s First Concerto with the San Angelo Symphony in honor of the composer’s 200th celebration and this past fall (2017) performed the Shostakovich 1st Concerto with the San Angelo Symphony, continuing a long standing relationship with the musical community of that city. Other appearances with orchestras include the Plano Symphony (Gershwin Rhapsody in Blue), Richardson Symphony Orchestra (Grieg Concerto), Lake Lewisville Symphony (Brahms Concerto No. 1), the Irving New Philharmonic Orchestra (Beethoven Triple Concerto), and even the premiere in 2019 of Schneider’s own Fantasie for Two Pianos and Orchestra with Maestro Hector Guzman conducting the San Angelo Symphony. Michael is a top prizewinner in many competitions including the 7th San Antonio International Piano Competition, the Kosciuszko Chopin and Frinna Awerbuch Competitions in New York, the International Paderewski Competition and International Liszt Competitions in Poland, the LA International Liszt Competition, and the Grace Welsh Prize for Piano in Chicago. He is increasingly in demand throughout the US and abroad as a collaborator. In 2017, he was an artist collaborator at Trombonanza in Argentina, an international festival 18 years running, where in addition to collaborating with international artists, Michael conducted a large ensemble and had his composition Rhapsody for Trombone and Orchestra premiered by the Sante Fe Symphony (Argentina) with Paul Compton as soloist and Maestro Walter Hilgers conducting. He has performed recitals with violinists Frank Almond and Jun Iwasaki, and cellists Wendy Warner, Boris Andrianov, and Francesco Mastromatteo. He has been a repeat artist with Mélange Musical, a chamber series in the Dallas/Ft Worth metroplex and is a frequent artist in the Musical Bridges Arts Series in San Antonio (TX) both as soloist and collaborator. In the release of his first commercial 1 of 2 Michael Schneider 6925 Prairie Dawn Lane, North Richland Hills, TX 76180 | 512-796-3117 | pianomike@gmail.com recording (2014) on the TNC label, American Record Guide states that “Schneider is superb at the keyboard, rendering each selection with fine touch and technique, and answering Baley's demands with a stunning variety of sonics and colors…” in a cd featuring the music of Ukranian-American composer Virko Baley for clarinet and piano with clarinetist Dr. Timothy Bonenfant. Other CD’s include ‘Vision: Schneider Plays Schneider’ - a solo piano CD featuring Michael’s own compositions, and ‘Here and There, Vol. 1’ - a CD of live recordings from performances around the US and abroad. For 8 seasons, Michael was the creator and artistic director of the San Angelo Piano Festival (SAPF), a classical music festival in West Texas and is currently co-director of the Austin Piano Festival. Prior to moving to the metroplex, he directed the highly successful “Classical Artists Concert Series” at the First United Methodist Church in Pflugerville, TX. A unique example of Michael’s uniquely fun programming includes his monodrama entitled “Franz Liszt: A Legacy”, an original script based off of factual events of the composer’s life. In it, Michael portrays an aged Franz Liszt reflecting upon his life, while performing some of the composer’s most demanding works - complete with a PowerPoint backdrop full of historical tidbits and visual aids. This has been featured on the San Angelo Symphony Concert series for an audience of 900 people, the University of North Texas Alumni Concert Series, the Music Teachers Association of California State Convention, and the TMTA State Convention where Michael received written stellar feedback from the convention. In October 2018, ‘Franz Liszt’ returned to Houston where Michael was the Autumn Artist Festival (AAF) resident artist for a three-day event hosted by the Bay Area and Gulf Coast Music Teachers Associations, in addition to a performance for the Houston Symphony League. Other lecture/presentations Michael has performed include “Gottschalk: Life and Works”, which uses Gottschalk’s brilliant works to tell the riveting story of America’s first great virtuoso, and Michael’s popular lecture “The Art of Practicing” which explores practicing as an art which can be improved through problem solving skills and utilizing the proper tools. Michael Schneider has been on the faculties of the Dana School of Music at Youngstown State University in Ohio, the University of Mary Hardin-Baylor, Concordia University-Austin, and the University of Texas Butler School of Music. He holds degrees from the University of North Texas, the Cleveland Institute of Music, and received his Doctorate in Performance from the University of Texas at Austin. His greatest influences come from his studies with Pamela Mia Paul, Paul Schenly, Anton Nel, and a period of study with the late Maria Curcio in London. Michael is currently the owner and Chief Artistic Officer of Master the Music LLC, a music academy focused on providing the finest music education located in North Richland Hills, Texas, where he lives with his wife and three beautiful children.