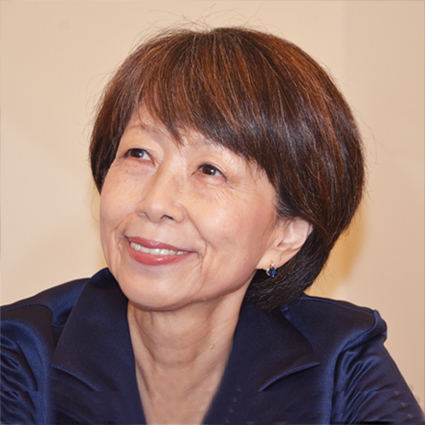 Utako Tanigawa, born in Osaka, Japan, started teaching when she was fifteen years old as a tutor for several middle school students. Later, she owned a private school for high school and junior college students in addition to running a restaurant for ten years. When she was 32 years old, she decided to have one-year break from her business. She wanted to study mathematics and explore a new culture in the U.S. However, multiple scholarships allowed her to stay longer in America and she earned several more degrees including Mathematics, Computer Science, Software Engineering, Ph.D. in Computer Information Systems, and post doctorate study in Management Science and Engineering Although she had no experience working in the computer field, she luckily received opportunities to work in Information Technology areas. Since then, Dr. Tanigawa has worked in executive positions in global corporations for more than three decades. At American Express, she traveled internationally more than twenty times a year to seven countries where her teams were working on global system architecture projects. In WalMart, as Chief Information Officer in Asia Pacific Division, managed technology departments in Japan, China, and South Korea. Her responsibilities also extended to Global Security Shared Services, and Portfolio management. She loved managing global projects and working with many teams from multiple countries. She has also served as a visiting lecturer at several universities such as Stanford, Boston, Chicago, and Colorado University. Today, she does advisory work with global corporate executives to assist in their strategic planning. For the last two decades, she has been a mentor and an advisor assisting the next generation leaders to advance their leadership skills with a focus on minority women. This is important work for her which provides a lot of joy. She strongly believes that women’s power is the key to improve our society globally. About ten years ago, her life had a dramatic turn due to a life-threatening illness. Although it severely damaged her body, her love of music returned and provided a tangible lifeline. Today music continues to play a key soothing and healing role. In the recovery process, to challenge herself, she participated in several international amateur piano competitions. There, she was selected to be a contestant at Van Cliburn Outstanding Amateur, Chopin Competition for Amateur Pianists in Warsaw, Poland, Washington DC International Piano Artist Competition, Dulwich Piano Festival in London, Piano Bridges in St. Petersburg, Russia and Seattle International Piano Competition. She was honored to be selected as a finalist and awarded best performer awards at several competitions. After moving to Georgia, Dr. Tanigawa created a non-profit organization, Georgia Musicale Group (GMG) in 2016 to share the joy of classical music with others. The members are from a wide variety of backgrounds such as scientists, medical doctors, teachers, and retired music lovers. She was surprised to find that many of them have had a desire to play for years, but they didn’t have opportunities, or they were too nervous to play in front of people. Members include vocalists, and many instrumentalists including ensembles. GMG had many activities including in-person, virtual, live stream gatherings and concerts in addition to master classes, study group and guest artist concerts. Unfortunately, the Carnegie concert was cancelled this year but hopefully it will happen next year. She is grateful for GMG’s rapid growth and recognitions.