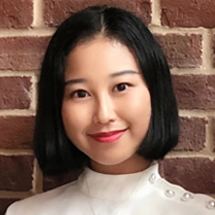 Mei Li was born in Henan, China and began her piano studies at the age of five. She started professional piano study in the Middle School Affiliated to the China Conservatory under the tutelage of Xiaoxue Hu, and has given many concerts in national and international festivals.

In August 2015, Mei was admitted to the TCU School of Music as the winner of the prestigious Nordan Music Scholarship. She has also worked privately with many great artists such as Paul Badura Skoda, Veda Kaplinsky, Barry Douglass, and Christopher Elton. She finished both Bachelor’s and Master’s degree in Texas Christian University under the guidance of Dr. Tamás Ungár.

During the summer of 2018, Mei won the First Prize in the piano division of the International Competition in Semper Music International Festival and she was awarded the “Antena 2” Prize by the classical Portuguese Radio Station Antena 2 while participating Óbidos International Piano Master Classes & Festival. In November 2018, the performance of Beethoven Piano Concerto No. 1 with Maestro Michael Butterman and Shreveport Symphony as part of the orchestra’s 2018-2019 season was a great success.

Mei is now pursuing a Doctoral of Musical Arts (DMA) degree at Eastman School of Music studying with Alan Chow.