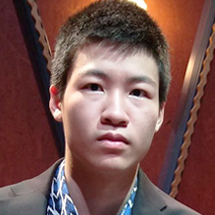 Scholarship recipient of the prestigious Chopin Foundation of the United States in 2021 as well as the Feltsman Piano Foundation in 2020, Nachuan Tao is currently studying piano with Professor John Owings at TCU. He will be pursuing his undergraduate studies at Curtis Institute of Music in Fall 2022.

Born in China, Nachuan began playing the piano at the age of five and moved to the United States when he was twelve. In 2022, he made his debut with Fort Worth Civic Orchestra performing Rachmaninoff’s Piano Concerto No. 3 under Maestro Kurt Sprenger. He has won prizes in various competitions. In 2022, he won the first prize of FWCO Young Artist Competition. He was also a prizewinner of Juanita Miller Concerto Competition in 2020 sponsored by the Texas Association for Symphony Orchestras. In addition, he has twice participated in Steinway Junior Piano Competition, which both yielded first prize.

Nachuan has participated in masterclasses given by such pianist as Yoheved Kaplinsky and Christopher O’Riley, among others. He has given recital in numerous concert halls, including Wuyuan Concert Hall and Bass Performance Hall. He also performed as a chamber musician.