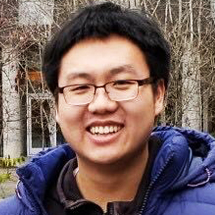 Steven is twenty-one years old and a senior undergraduate at the Eastman School of Music. He started piano lessons at the age of six and currently studies with Professor Alan Chow.

Steven hopes to become a concert pianist one day and later a music professor.

In his free time, he enjoys spending time at senior homes to share his music and help spread joy to people around him. Steven also enjoys playing chess and basketball.