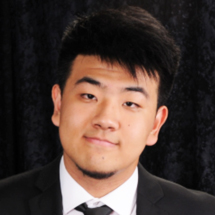 Born in Kaifeng, China, in 2000, Bairun Liu began piano lessons with Henan University’s Professor Xiaoyu Gu at age 5. In 2009 he was accepted into the CCOM (Central Conservatory of Music) Elementary School in Beijing and studied under Professor Yuanpei Lai, Le Li, and Jin Zhang. Later in the year 2012, heentered the CCOM (attached middle school) continuing to study with Professor Jin Zhang. Between his middle school career, he has also gained wonderful opportunities of master classes with world-known musicians such as Matti Raekallio, Robert McDonald, Ernest Barretta, and so on.

In 2016 he was accepted into the Juilliard Pre-College Division and studied under Victoria Mushkatkol. In the same year, he attended Minnesota University Music Festival and Kaufman Center Morly Music Festival in New York. In the year 2019, he graduated from Juilliard pre-college and then was accepted into NewEngland Conservatory of Music under Professor Meng-Chieh Liu’s studio. In the 2020-2021 school year as a sophomore in NEC, he also attended share-studio with both Mr. Meng-Chieh Liu and Ms. HaeSun Paik.

Bairun Liu has won several competitions within his studying year both in his mother country or worldwide, including second prize and outstanding performance in Chinese works for piano at the Second China Cadenza Cup, First Prize at the Twelfth China Xinghai Cup for Piano, and the 4th Morly Piano Competition in New York. In February 2018, he won the First Prize with his Chamber group (trio) at the Camerata Artists International Competition. In his freshman year in NEC, he went through to the final round of the school’s Piano Concerto Competition, he also won the Dean’s list.