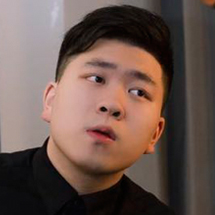 Che Li, male, was born in Zhejiang, China in April 2001. He is now a junior at New England Conservatory. He began to learn piano from his mother at the age of four. In 2013, he was admitted to Shanghai Conservatory of music and studied with Professor Yunlin Yang. In 2019, he was admitted to the New England Conservatory and studied with Professor Haesun Paik, a famous pianist and winner of the Tchaikovsky International Competition.

Che Li has held solo and concerto concerts in Shanghai, Wenzhou, Hefei, California and other places. These include:
• In November 2016, he performed "Grieg Piano Concerto in A minor" with Shanghai Philharmonic Orchestra at He Luting Concert Hall of Shanghai Conservatory of music;
• In April 2017, he successfully held a solo concert in the Conservatory of Music of Wenzhou University;
• In November 7, 2018, a solo concert was held in concert hall attached to Shanghai Conservatory of Music;
• In July 29, 2019, he cooperated with the Santa Monica Symphony Orchestra in "Chopin Piano Concerto No. 2 in F minor" at the Colburn Conservatory of Music in the United States.
• In September 19, 2020, the "new star shines in the Yangtze River Delta" -- the concert of Zhong Hang and Che Li Chinese young pianists studying in the United States, was held in Hefei Grand Theater.

Che Li has participated in the exchange and study of International Piano Master Classes for many times and received the guidance and instruction of many internationally renowned piano educators.