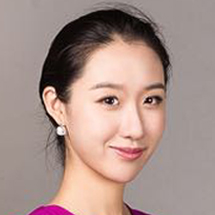 Started her musical education at the age of four, Hao gave her first solo debut at the age of nine and received her early training at Music Middle School affiliated to Shanghai Conservatory of Music. In 2014, she was accepted in Shanghai Conservatory with the highest score and studied with Minduo Li. She has won many competitions and received various music scholarships every year. She earned her master’s degree from Peabody Conservatory where she studied with Boris Slutsky. Now she is studying at New England Conservatory with Alexander Korsantia and Alessio Bax.