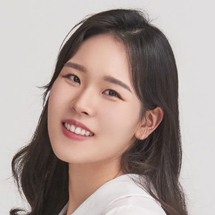 Born in 1994, In-Ae Ha began playing the piano at the age of four. Her professional studies started in the United States with Dr. Vernon Cherrix. In 2007, she moved to South Korea, attended Yewon School and Seoul Arts High School. She attended the Korea National Institute for the Gifted in Arts and entered Korea National University of Arts in 2014. She has studied with Jeong-won Suh, Daejin Kim, Minsoo Sohn, and is currently studying with Professor Arthur Greene at the University of Michigan.

In the United States, she won 2nd place at the Chopin Piano Competition (WI), won the Young Artist Competition (association of the Louisville Orchestra), and was chosen to play at the NPR Classical Radio Program “From the Top”. She performed with the Clermont Philharmonic Orchestra and the Louisville Orchestra and was invited to give recitals at Comstock Concert Hall and the Center Theatre of University of Kentucky.

In South Korea she won the 6th International Piano Competition of Korea (2007) and was Finalist at the Seoul Arts Center Music Academy and Competition (2008). She gave recitals at Kumho Art Hall and Win Art Hall and was invited to perform at the Concert Hall of Tokyo University of Arts. She also performed in the respected Chosunilbo Debut Concert series, “new and radiant interpretation, brilliant virtuosity and driving energy” wrote Chosun Newspaper (2018). In 2019, she was invited to participate in the Piano Summer Festival at the State University of New York in New Paltz, directed by Vladimir Feltsman. In 2021, she won Grand Prize at the Eumak Journal Competition of Korea and performed in chamber and solo concerts in the July Festival for the prestigious House Concert Series in Daehak-ro, Korea.