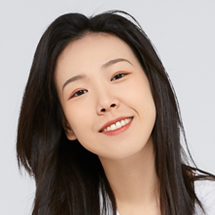 Born in 1994, Shiyu Liu began her musical studies at the age of four. She entered the Affiliated Primary School of Wuhan Conservatory of Music when she was 9, studying under the tutelage of  Professor Yiqing Wu. In 2014, she was admitted to Wuhan Conservatory of Music with the highest score and subsequently received her Bachelor of Music degree there. Liu earned her Master of Music degree in Piano Performance at Texas Christian University School of Music with full scholarship, where she was a student of Dr. Tamás Ungár. Currently, Liu is pursuing her Doctoral of Musical Arts degree in Piano Performance at Arizona State University Herberger School of Music with full scholarship and assistantships. Liu is now in the class of Dr. Baruch Meir.

Liu is the recipient of distinguished scholarships and awards such as the YAMAHA Asian Scholarship, The Herberger Institute Award, TCU Graduate Piano Award, among many others.

Liu has given concerts in the United States and China. Concert venues include the Van Cliburn Ed Landreth Auditorium, the Tempe Center for the Performing Arts, the Katzin Conert Hall, the PepsiCo Concert Hall, the Qintai Concert Hall, and the Chime Bell Concert Hall. She has also appeared in festivals such as the 2019 Rebecca Penneys Piano Festival, the 13th International Piano Seminar and Pedagogical Symposium of the Shanghai Conservatory of Music.