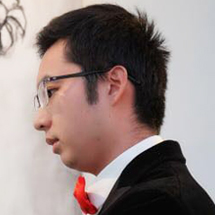 Frank Huang is from Shenzhen, China. He explored piano as a hobby when he was 9 years old and started private lessons the same year. At the age of 14, Frank got a chance to meet Dr. Jay Hershberger, the president of the American Liszt Society, and was impressed by the professor’s teaching. After graduating from middle school, Frank made the decision to move to the United States alone to study with Dr. Hershberger. After high school, Frank was granted numerous scholarships to the Shepherd School of Music and earned his Bachelor of Music degree with Dr. Robert Roux.