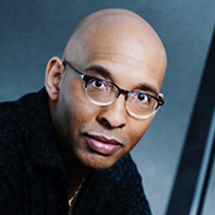 Born in St. Vincent and The Grenadines, Sean Sutherland serendipitously discovered the piano as a child and was instantly enamored. At 15, Sean was offered a scholarship to study piano at one of the Royal Schools of Music, but had to decline under strong parental directive, as he had not yet completed his high school studies. He continued with the piano even though his opportunities were limited on St. Vincent.

He resumed his studies upon his arrival at the Massachusetts Institute of Technology, earning a Bachelor of Music degree and Bachelor’s and Master’s degrees in Electrical Engineering and Computer Science. After working in several industries, Sean pursued an MBA at McGill University in Montreal. Since graduating, he has started a niche tutorial service that specializes in standardized test preparation (SAT, ACT, SSAT, and GMAT) and lectured at McGill as an adjunct professor of international finance and information systems. Given his interest in education, Sean completed a master’s degree focusing on Learning and Design Technologies at Stanford University in 2017. Sean subsequently moved to Toronto, where is currently works as a Product Manager.

Over the years, Sean has continued to pursue his passion for classical piano music as an amateur pianist and has performed solo recitals in the US, Canada, Germany, and throughout the Caribbean. Sean has also collaborated with many instrumentalists and singers and has a keen interest in performing classical music on the steelpan. Sean has performed Tchaikovsky’s Concerto No. 1 and Gershwin’s Rhapsody in Blue as a soloist with the National Steel (Steelpan) Symphony Orchestra of Trinidad and Tobago in 2011 and 2014 respectively. In 2016, Sean was a semifinalist in the Van Cliburn Amateur Piano Competition and received an invitation to perform at Gasteig, the premier cultural center in Munich, Germany, in March 2017. Sean was also a finalist at the Boston Amateur Piano Competition in 2017 and the Piano Bridges Competition in St. Petersburg, Russia, in 2019. He placed second in Category A (age 40-50) at the Piano Lovers Over 40 in Milan, Italy, in 2019, and, most recently, won the 2021 Chopin Amateur Competition in Warsaw.

Sean is also the joint recipient of the 2021 Anthony Sabga Caribbean Award for Excellence in the Arts and Letters.