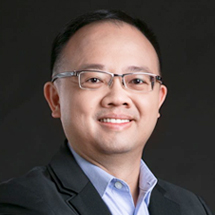 As one of the 20 non-competing festival participants to the 2022 Cliburn International Amateur Piano Competition, Xiao Chen grew up in Shenzhen, the first successful Special Economic Zone in China, which nurtured renowned pianists Sa Chen, Yundi Li, and Hao Chen Zhang. Unlike the many Chinese children whose parents forced them to pursue the piano (as a means to cultivate their suzhi or quality), Xiao begged his parents for lessons at the age of 12.

He continued to study piano, aesthetics, and ethnomusicology during most of his extensive academic pursuits: a Bachelor’s in Philosophy from Sun Yat-sen University, Guangzhou, China; an M.A. in Asian studies from  the University  of  Michigan, Ann  Arbor with  a  thesis  entitled, The  'Pianistic Other' in Shenzhen (1978-2007); and a Ph.D. in organizational behavior and human resource management from the University of Toronto.

After a 6-year stint as a tenure-track assistant professor at Tsinghua University in Beijing (ranked No. 1 in Asia), he now, with tenure, teaches at the University of Prince Edward Island (aka. University of People, Excellence, and Impact) in Charlottetown, Birthplace of Canada. Xiao resumed formal piano lessons soon after his beloved C. Bechstein arrived in November 2019. While he deems piano  playing his only serious  hobby, his varied recent activities include teaching in Chile and Egypt, researching human’s subconsciousness, running online psychological experiments, and dreaming  of playing Beethoven’s “Emperor” concerto with an orchestra.