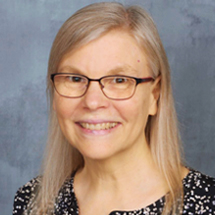 I still remember my excitement when I learned that my grandmother was sending us her piano from Dallas. I was six years old and started lessons in Fort Worth soon after the piano arrived. After high school, I studied piano at the University of Texas-Austin for one year.  I moved to Madison, Wisconsin in 1975 and returned to school, completing a B.Mus. in Piano Performance at the University of Wisconsin-Madison in 1982. After graduation, I taught piano privately for 6 years. I began working in research and returned to school to complete an M.S.in Statistics in 1999. I made another career change and completed an M.S. in Occupational Therapy in 2010.

Piano took a back seat to work and school during these years until I returned to piano lessons in 2013. In 2016, I moved back to Fort Worth to be closer to family. I attended PianoTexas International Festival & Academy for the first time in 2017and met several members of the DFW Pianists group. Being part of the amateur piano community has been invaluable, with opportunities to listen, perform, and develop friendships. I have attended PianoTexas annually since 2017, was a winner of the concerto competition, and performed with the Fort Worth Symphony Orchestra in 2019.

I am married and have one adult son who lives in Minneapolis. Other interests include meditation, native plants, and walking my dog, Minnie.