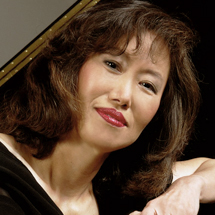 Myungsook Song Stoudenmire, a native of South Korea, received the Doctor of Musical Arts degree from the University of South Carolina, a second Master Degree from Columbia College, and the Bachelor and Master of Music degrees from Sungshin Women’s University in Seoul where she was awarded one of the university’s highest-ranking full scholarships. She received a full scholarship for her doctoral studies at the College Conservatory of Music at the University of Cincinnati, where she completed one year of residency and was a recipient of the Dowling Memorial Scholarship from Dowling Foundation in Charleston.

She is currently on the faculty at Charleston Southern University, the founder and was the director of CSU Summer Piano Camp. Numerous of her students have won major competitions at the local, state, and regional levels.