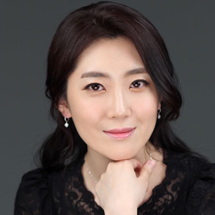 Soyoung Lim, Pianist Born in South Korea, made her debut at Weill Recital Hall in Carnegie Hall in 2012 being named a first prize winner in the American Protégé International Competition. As a soloist, she has performed throughout the United States, Europe, and South Korea. Recently, she performed at Seoul Art Center and Sejong Art Center in Seoul, South Korea. In 2016, she was invited to perform with Constanta Symphony Orchestra in Romania, and she also performed in Italy for the 25th IBLA Grand Prize Competition and Festival.

Soyoung Lim is participated and performed in summer music festivals including the Internationale Sommerakademie Mozarteum in Austria, the summer piano workshop at University of Illinois at Urbana-Champaign and the 1st Eumyoun Piano Academy in South Korea. She has had master classes from great pianists including Sergei Dorensky, Pierre Reach, Victor Rosenbaum, Ian Hobson, David Breitman, Kyehwa Kim.

While she was attending Sookmyung Women's University (Bachelor of Music) in Korea, she was one of the best performance students and she received a scholarship. Soyoung Lim moved to New York City to continue her studies in USA. She earned the master's degree in piano performance from Manhattan School of Music. In 2015, she received a Doctoral of Musical Arts degree in piano performance from the University of Illinois at Urbana-Champaign with a thesis titled “A Performers Perspective on Stephen Heller’s 33 Variations on a Theme by Beethoven, Op. 130.”While she was attending University of Illinois, she received a scholarship and served as a Piano Laboratory Program faculty member for 2012-2013.

Professor Lim is currently an instructor of piano at Sookmyung Women's University in South Korea.